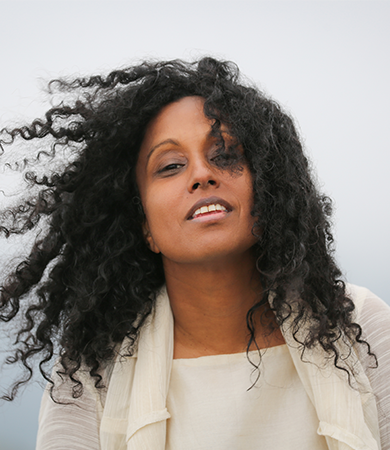 Born in London to Tamil parents, Susheela Raman grew up in Australia, where she began to study the classical songs of southern India at a very early age. She soon recognised the desire to preserve the Tamil culture. This singer-composer evolves among various genres, and beyond borders, with a disconcerting grace. Susheela Raman has the rare to jump from Sanskrit to a cover of Throbbing Gristle, by way of the mesmerising sounds of one of her own compositions. Between the melancholic and the experimental, Susheela Raman delivers a musical universe that is completely her own, infused with a magical and enigmatic character. With her long-time guitarist and partner Sam Mills, Susheela threw herself into a series of ambitious transcultural works. Albums and projects that often explore different dimensions of South Asian music, whether classical, folkloric, or contemporary. Her latest album Ghost Gamelan was released in 2018, and is an ambitious collaboration with Indonesian musicians and the contemporary Javanese composer Gondrong Gunarto. This album is characterised by the strange sounds of Gamelan, an ensemble of instruments typical of the music of Bali and Java, played principally on gongs, percussions, and metal xylophones. Susheela Raman transports audiences to a captivating world, haunted by an ancestral presence that calls out to trance and possession. Susheela Raman’s voice invites meditation on change, transformation, and the mortality of living beings.